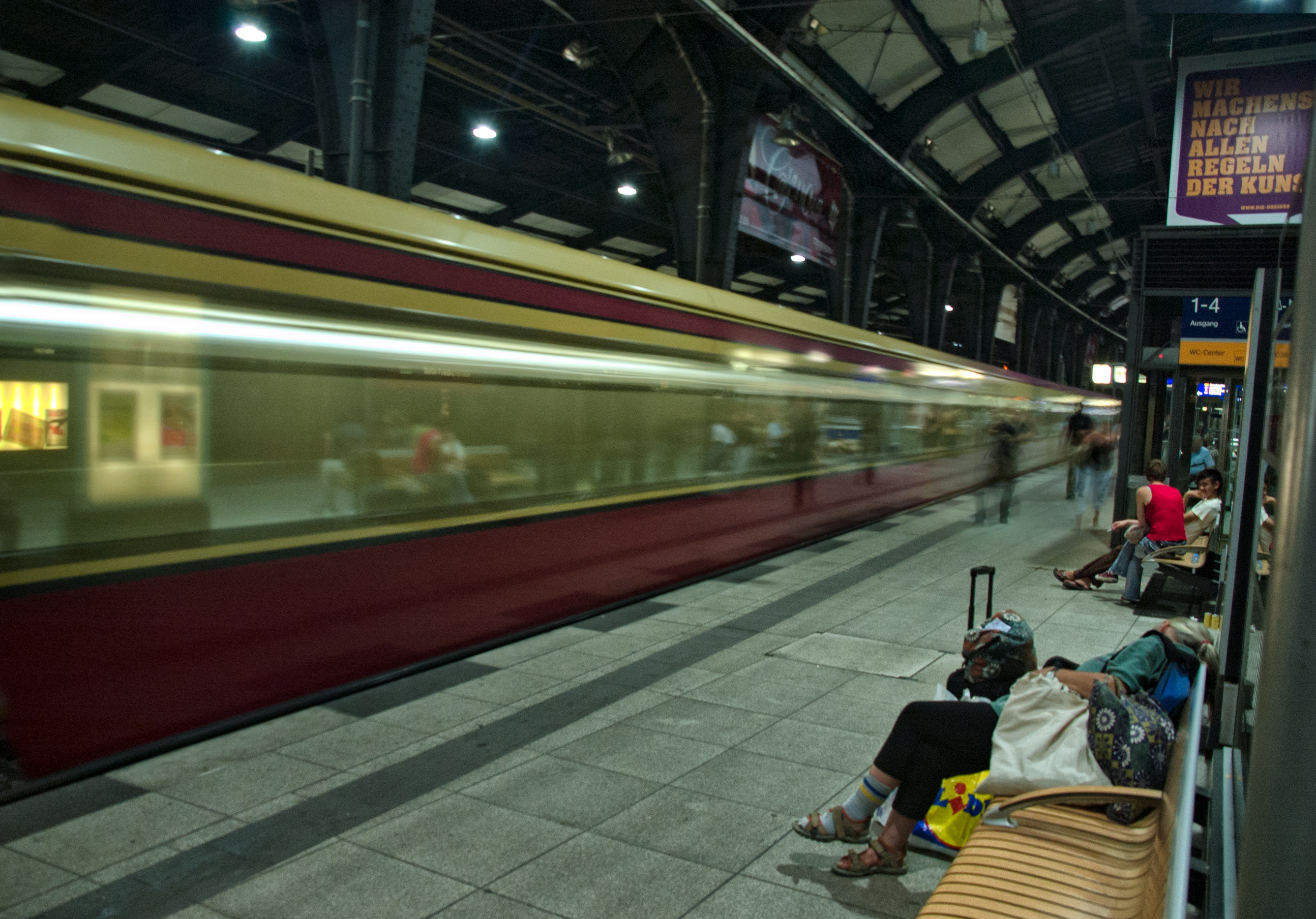 I had been walking around Berlin, one evening – early night – to shoot some night photography, on my way back to the hotel, I came by a subway station with trains heading my direction, I was tired of all the walking, so I decided to take the train back, even though I would properly miss out on some great photo opportunities, but as it almost always turns out when you miss one opportunity you get another one, cause when I came up on the platform, I saw this homeless guy sleeping on a bench, even though the train come through the station and made a lot of noise.
I was very impressed, and I decided to make a photo of him.

This photo is made out of two exposures, I made two shoots with the same framing, one at a long exposure time with the train going by, in order to get the motion blur on the train, but that made the rest of the photo a bit blurry, so I decided to make another shoot with a shorter exposure time, to get the people and the homeless guy sharp and crisp, I then copied the train in to the “homeless guy” shoot, and ended up with the result you see here.
I also desaturated and added some contrast to the photo.

Sleeping in 90dB by Bo47 is licensed under a Creative Commons Attribution-NonCommercial-NoDerivatives 4.0 International License.