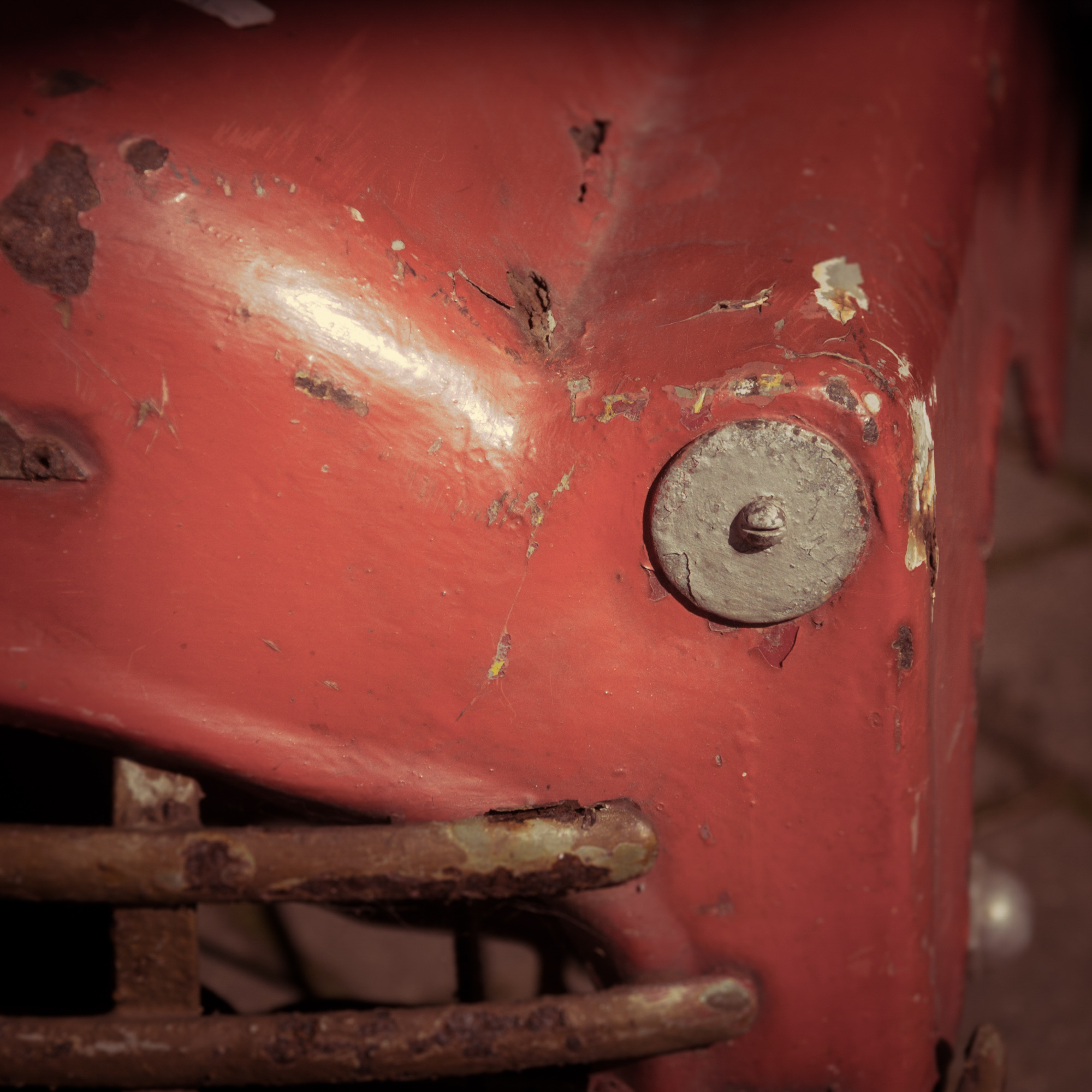 A month ago I was at a concert with Yoav here in Denmark. have you ever heard of him? If not you should definitely go check him out, his this cool – and a bit nerdy – musician from London.
He’s music it really great, and I can only recommend him so much.

The photo is from Bornholm (a small island in the Baltic sea, here’s another one from the same trip) I was there to do some work in spring 2007, but I also had some spare time that I spend doing some photography around the island, it’s only 588 km2, So you’ll quickly get from one end to the other.
I can only recommend that if you plan on going to Bornholm, then do it in spring time cause that when it’s most beautiful, if you ask me.
This photo isen’t my best but I kind of like it anyway, I don’t know what it is…… maybe it’s the story behind the old used toy, I wonder how many kids have had the pleasure of playing with this little car.

The post process is very simple all done in Lightroom I added some contrast and a vignette, and finished of with a color adjustment, that’s it.