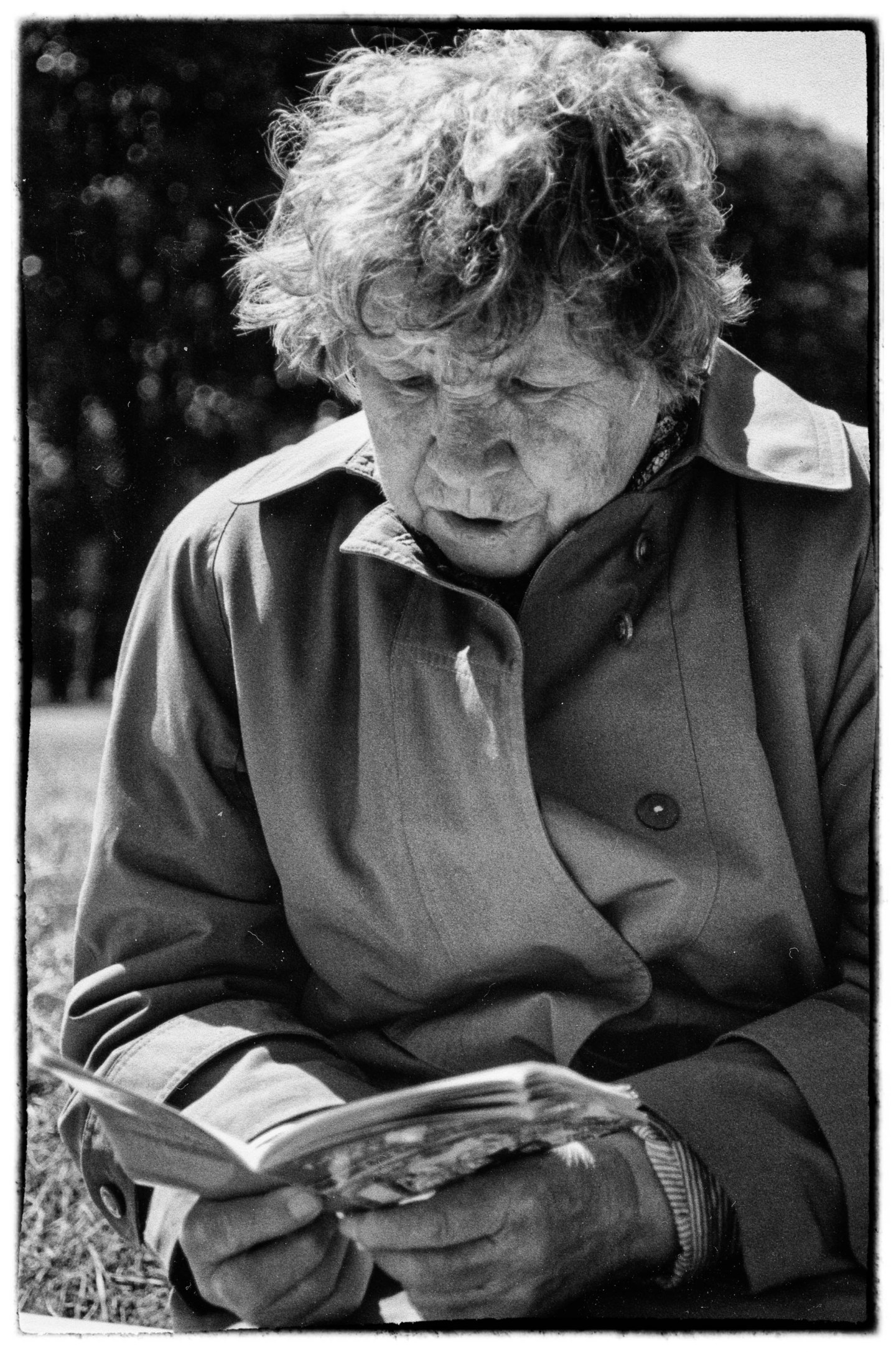 This photo is from the Piskaryovskoye Memorial Cemetery in St. Petersburg, the memorial dedicated to the victims of the Siege of Leningrad, during WWII.

In here I found this old lady, she was sitting and reading a story out loud. I asked if I could make a photo of her – by pointing at my camera, because I don’t speak Russian and she spoke no English – She nodded and kept on reading, after I had made a few photos I sat down next to her and listening to her quiet voice as she read her story. After a few minutes I got up and started to walk away, she looked up at me for a second gave me a friendly smile before she returned to her story.

Every time I look at this photo, I always wonder how the story was for? her dead husband or brother, all the dead souls in the cemetery or maybe she was just a lonely person who didn’t have anything else to do. anyway in the end It doesn’t really matter, because those few minutes I spend with her, I like to think that the story was for me.

I was looking through some old analogue – photos in a real world photo album – photos from Russia, the other day, and decided to scan some of them in to the digital world, for you to enjoy here at Just Walked By. In the digital format I converted them to black and white and added a frame in Silver EFX Pro, course I though they looked better this way, I didn’t remove the “original” dust and scratches because they look rather cool. That’s it, I didn’t do more than that. I’ll add some more “analogue” photos from Russia, later on.

Remembering the dead by Bo47 is licensed under a Creative Commons Attribution-NonCommercial-NoDerivatives 4.0 International License.