Please stay with me 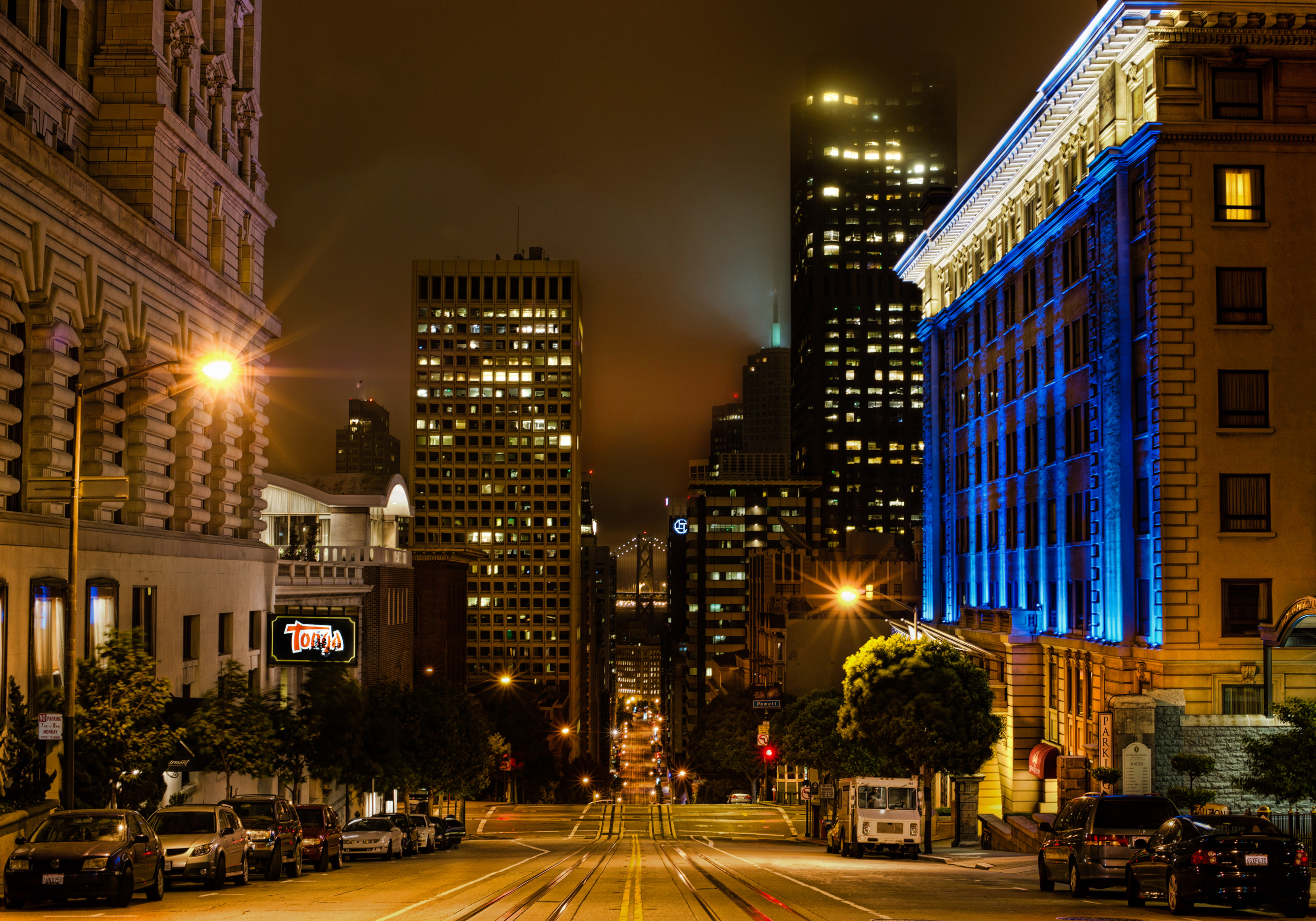 This is the first release from my favorite city in the world – or at least of the ones I’ve visited so far – San Francisco.
It’s hard to describe what it is about San Francisco that I like so much, or then again maybe it’s pretty easy cause it’s everything about it that I like, the weather, the people, the atmosphere, just everything.

Or let me tell it this way. This was My second time around and when I arrived I was in a very bad mood, because My girlfriend had just left me for another and I was a million miles away from home – well I’ll tell you about that some other time – but right after checking in to the hotel and dropping of My luggage, I went for a walk around town, and after a few blocks I started smiling and feeling a bit better, that’s what San Francisco does for me, it makes me smile even though I’m very sad and bit lonely.

I made this shot on California Street, facing the Bay Bridge, I did it on a sunday night (around 1AM I think), where there is almost no traffic. If you look closer you can see that there is a guy in the truck on the right, and another getting into his car on the left a bit down the street.

It’s a 5 RAW exposures HDR, created in Photomatrix, I then imported all 6 images into Photoshop. where it I cleaned the HDR shoot for ghosting and other unpleasantness.

Please stay with me by Bo47 is licensed under a Creative Commons Attribution-NonCommercial-NoDerivatives 4.0 International License.

Previous articleCecilie Fleur @ Vega – 26.02.2011Next article When Work is a Pleasure