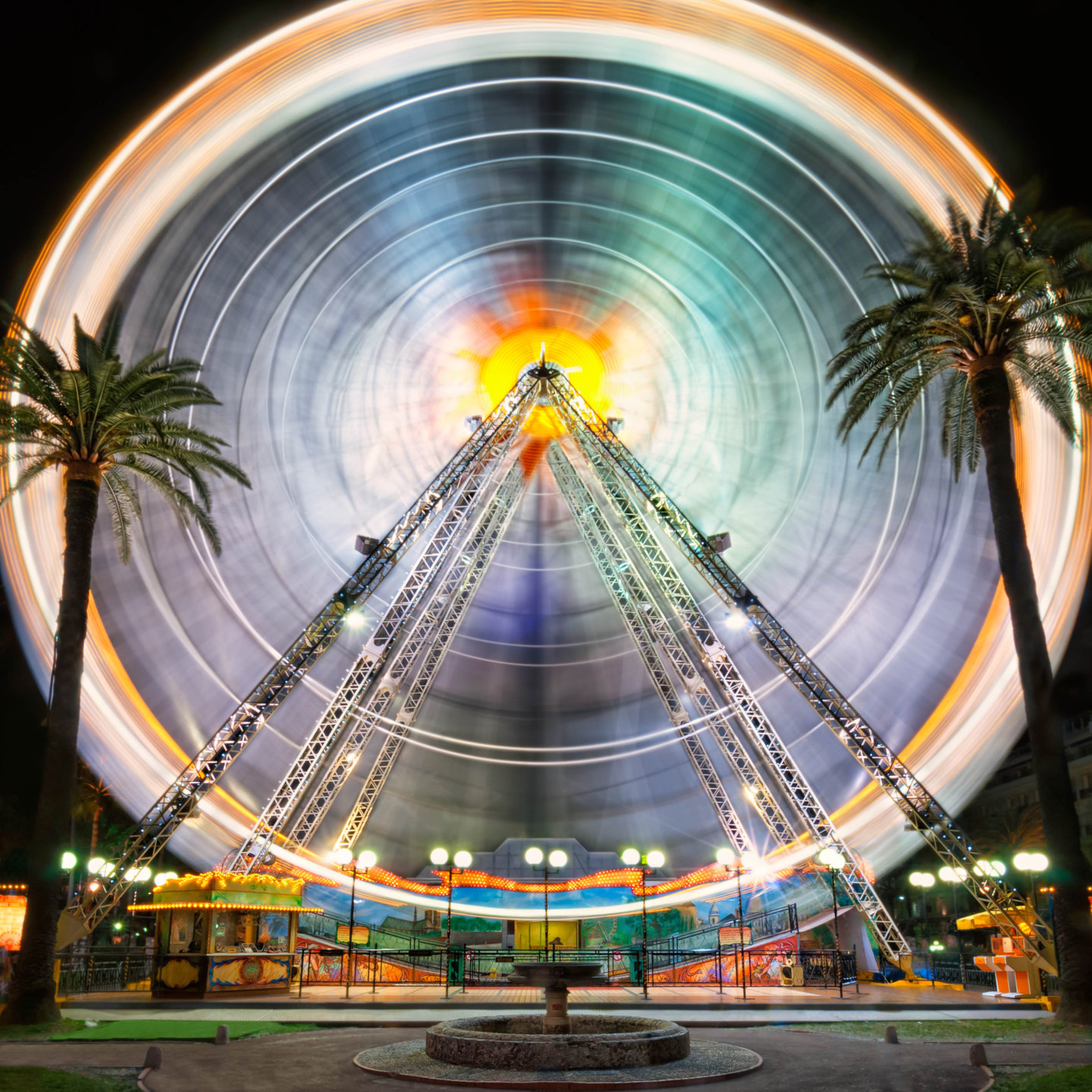 This is a photo from Nice, France.

I was walking around the city on My last night in town, and came by this small square/park area, where they were putting up this amusement park, there were no customers around, but the ferris wheel was spinning anyway – they were properly testing, to see if it was working – I quickly lined up for a wide angled HDR.
Unfortunately I did have that much time to explore the area, cause My plane was leaving a few hours later.

Well, as mentioned it’s a HDR made from 7 RAW exposures in Photomatrix, and afterwards cleaned up in Photoshop.

Before and after comparison, just before the final clean ups of the photo. 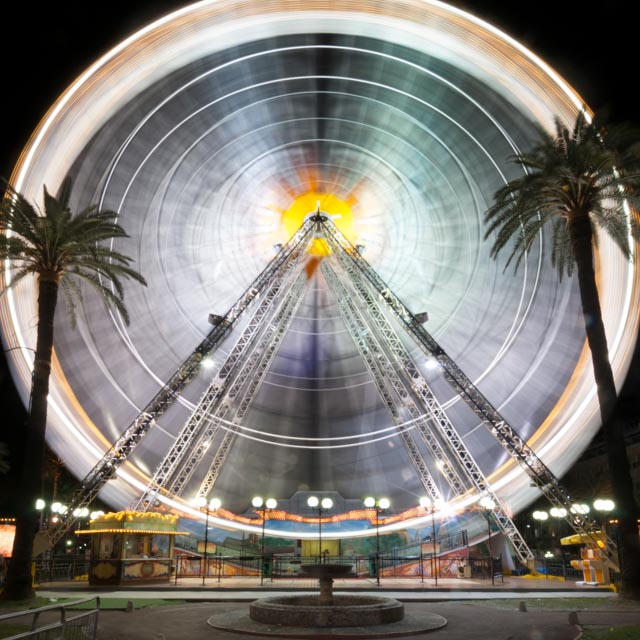